The Members of the Commission are appointed by the Governor-General who acts in accordance with the advice of the Ombudsman Appointments Committee (Constitution, Section 217(2)).

This Committee consists of: 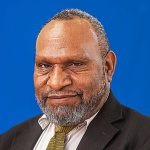 Richard Pagen was appointed as the 8th Chief Ombudsman by the Ombudsman Appointing Committee on 2 July 2020 and sworn in on 28 July 2020.

He is an experienced officer of the Ombudsman Commission. He joined the Commission as an Investigator  and worked his way up to be the Director of the Leadership Division, a position he held until his appointment as acting Ombudsman in August 2016. He was confirmed as Ombudsman in the same year.

Prior to joining the Ombudsman Commission in 1999, Pagen served as a Geologist with Minorco Exploration Limited based in Port Moresby, CRA Exploration based in Mt Hagen; and was previously Interim Director, National Anti-Corruption Alliance (NACA), now commonly known as Task Force Sweep.
Pagen comes from Laiagam District in Enga Province.

This position is currently vacant after Ombudsman Richard Pagen was appointed as the Chief Ombudsman. 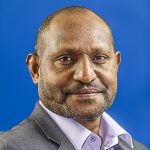 Kevin Kepore holds a Master’s Degree in International Business from Massey University in New Zealand. Kepore also has a Bachelor of Accounting Degree and Diploma in Accounting from the University of Papua New Guinea (UPNG).

Before he was appointed as Ombudsman on 6 November 2018, Kepore was Director Academic at CPAPNG for 10 years since October 2008. Kepore’s other employments include part-time lecturer at UPNG and the Pacific Adventist University (2009-2017); Senior Accountant with Deloitte Touché (2003-2006); Provincial Manager VAT/GST with the Internal Revenue Commission (2001-2002); Internal Auditor in the Enga Provincial Government (2000); and Graduate Accountant for RAM Business Consultants in 1999.
He is a Certified Practicing Accountant and member of CPAPNG. Kepore hails from Wabag District in Enga Province.